Via Panama City, Punta Cana, Frankfurt, and finally Paris, I emerged from the airport on a different continent. Seeing as I had spent the entire month of August in Colombia, I was surprised to have my passport stamped in Germany without so much as a question as to my business in South America. I suppose it’s my American citizenship that thinks this is strange, always expecting to be grilled and assuming someone will be suspicious of my actions – I could have been a mule, after all! But Europe’s open borders waved me right through. Bienvenue! 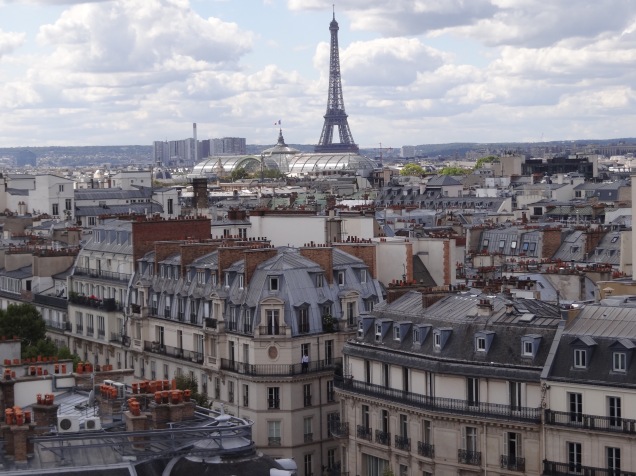 In 4 1/2 days, I made the rounds of the traditional Paris circuit – Arc de Triomphe, Eiffel Tower, Sainte Chapelle, Tuileries, Napoleon’s Tomb, Moulin Rouge, Notre Dame, Sacre Coeur, Parc Monceau, the Catacombs, and Versailles.  Whew!  Noticeably absent from this list is The Louvre – that’s because I didn’t go.  Say what you like, but I feel rather empowered and bit rebellious by this omission.  I’m not into art.  At all.  If I had gone, it would have been only because I felt like I should and I refuse to cave to that pressure anymore.  So I didn’t go.  When you travel alone, you can make these radical decisions. 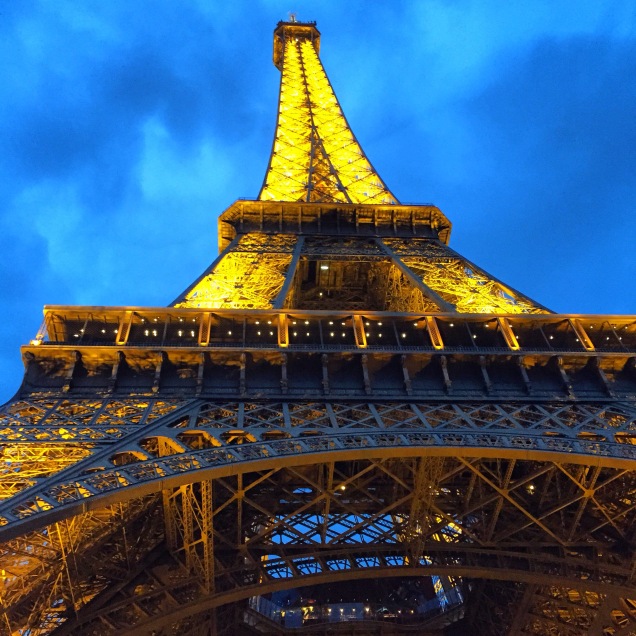 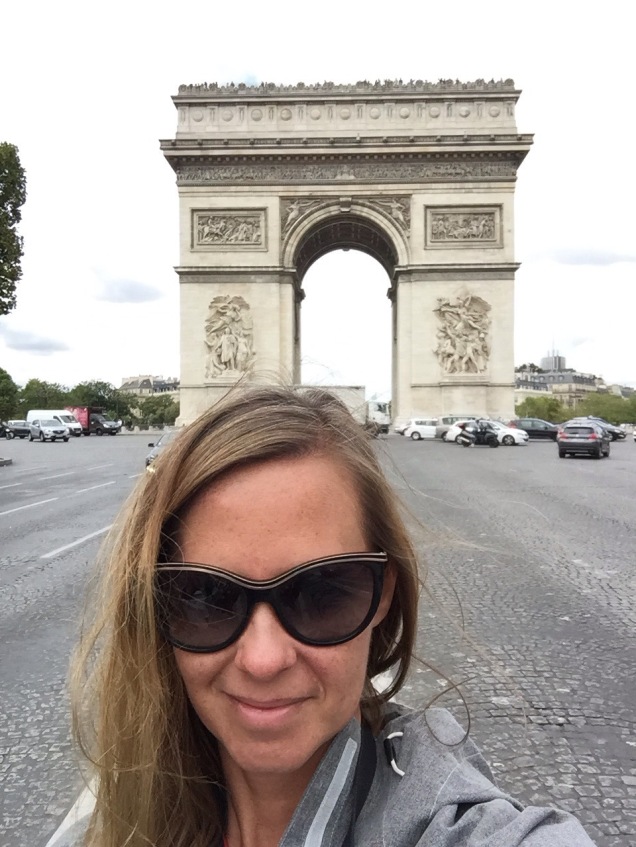 Anyway, 4 1/2 days is not a lot of time and I was on a mission.  Each day, I spent nearly 12 hours walking until I exacerbated an old tendonitis situation that I thought was long gone.  I tried to ignore how bad my feet were aching.  True to form, I tried to pretend that it wasn’t so bad and I kept walking.  So typical of me.  This was worrisome for the fact that in less than one week I was due to embark on an epic adventure – walking nearly 900 km across the country of Spain.  Pretty difficult task when your feet have deteriorated to mush. 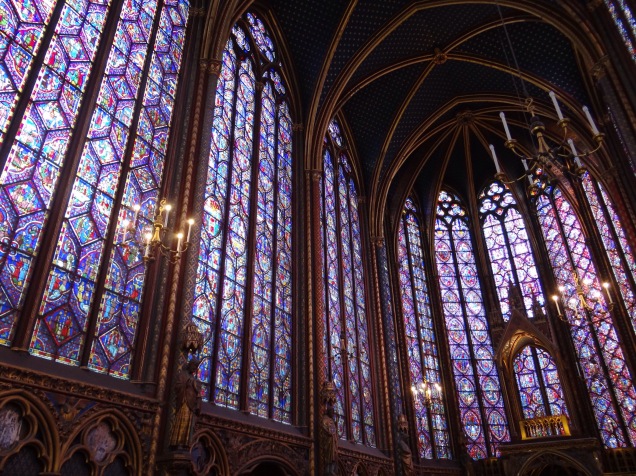 Nothing particularly remarkable or memorable happened during my time in Paris – nothing that wouldn’t compare to any of your own stories of visiting there as well.  In retrospect, it was a blur.  More time would have been nice, but Paris is not kind to a budget traveler so I needed to maintain my onward momentum. 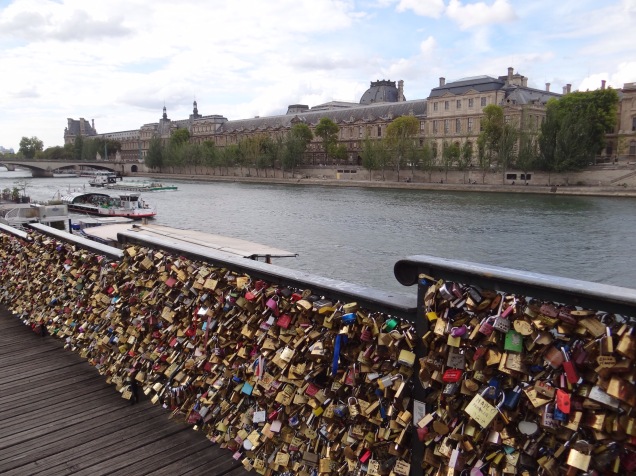 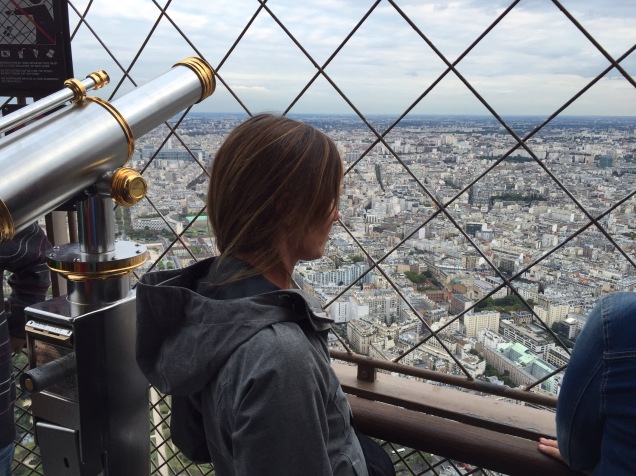 One of my favorite characteristics of Paris were the open cafes.  People facing outward on the sidewalk, with a glass of wine and a basket of bread.  The women impeccably dressed, high heels and manicures, a subtle reminder that I used to wear heels as well.  The men in tailored suits, groomed facial hair and a cigarette.  The cafes being unorthodox theatres of a sort, people watching people watching people.  After the tragedy that occurred on 13 November, which affected many areas in the city as you well know, I can only hope that all the same people still populate the cafes like they always have, same wine, same bread, same haze of cigarette smoke.  While the drama still unfolds in Brussels as I type, it’s too early to know how or if these events will change Europe, forever scarred by a senseless act of terrorism.  But the cafes….such a beautiful and romantic symbol of Parisian streets…I know they will remain as such.  People will trade fear for resilience and continue to while away afternoons sipping cafe au lait, the rest of the world now watching them. 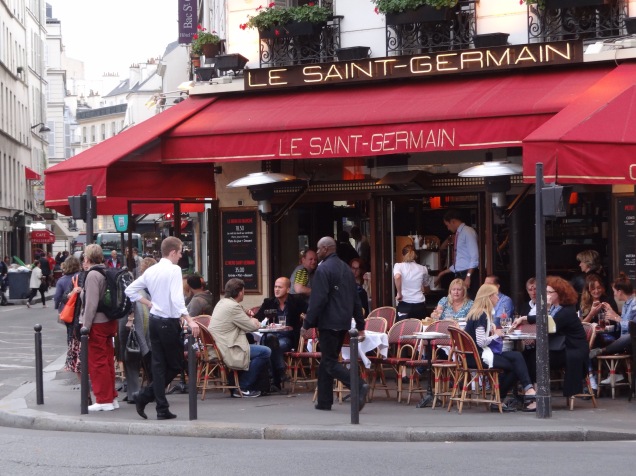 Currently reading: The Art of Travel by Alain de Botton