Waking up at 3:45am when the petite Vietnamese lady sleeping on the top bunk decided to leave for the Camino was not the way I wanted to start my day. I had been tossing and turning all night, thinking about the box I had forwarded to Santiago with all my possessions. Did I tape the box securely? Was the weight too heavy so that the box will be damaged or fall apart? Did I send to the right address? Could they read my handwriting? Was it a bad idea that I wrote there were electronics inside on the outside of the box so that every thief would know (this was a customs requirement)? I think I shipped my seashell – shoot! I was supposed to carry my seashell. And so it went…the whole night. By the time the Vietnamese woman was rummaging through her bag at such an ungodly hour, I had so much as given up on sleep.

More people started moving around about 6:00 so it was time to get this show on the road. This is when I met Maria, a beautiful blonde from Denmark. She had just graduated from university after studying psychology and had decided to walk to try to figure out what to do next. She had never done much hiking before, but she was really fit and young and seemed like she was more than capable of walking all day. Right away, we noticed we had the same backpack. She lifted mine and said we should be careful not to mix them up but then joked she hoped we would mix them up because mine was a lot lighter than hers. I lifted her bag and the difference was noticeable. Instantly, I was glad I had sent so many of my belongings ahead. Her bag was a rock. 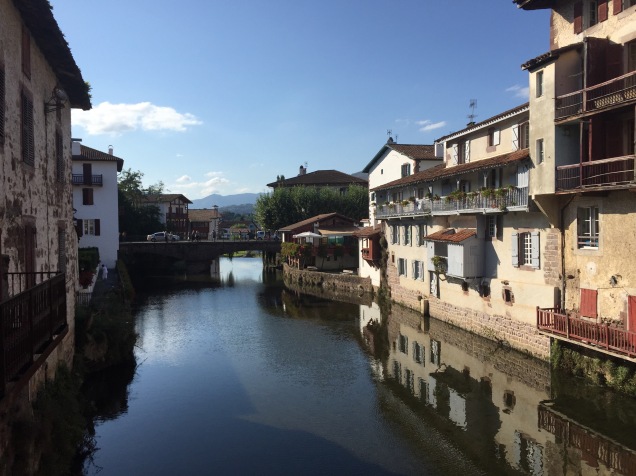 I was nervous to start alone on the first day so even though it took me about 5 minutes to be ready to leave, I hung around and waited for Maria to gather her pack together too. She was funny and optimistic and with her magnetic personality, I knew she would make good company. The only shop open at this time of day sold a random assortment of to-go food items like sandwiches, fruit, hard-boiled eggs, some pre-packaged chocolate coated cookie bars (delicious by the way). We bought some lunch items, filled our water bottles and started walking.

The terrain the first day was a relatively constant uphill. It wasn’t as steep as some previous hikes that I had finished, but it was uphill for almost 20 km, which is pretty intense all things considered. Maria started getting blisters very early in the day. She tried wool and Compeed and walking backwards. Nothing seemed to help. By mid day, she was ready to admit that her bag felt like a lead weight so we started to discuss what was inside. I know I’ve made the mistake before of carrying too much and I wanted to help her narrow it down if I could. I asked her how many changes of clothes – 3. I asked her what cosmetics she had – hair products, makeup, etc, etc, etc. I could tell the narrowing down process would not be difficult…for me. Convincing Maria was another story. 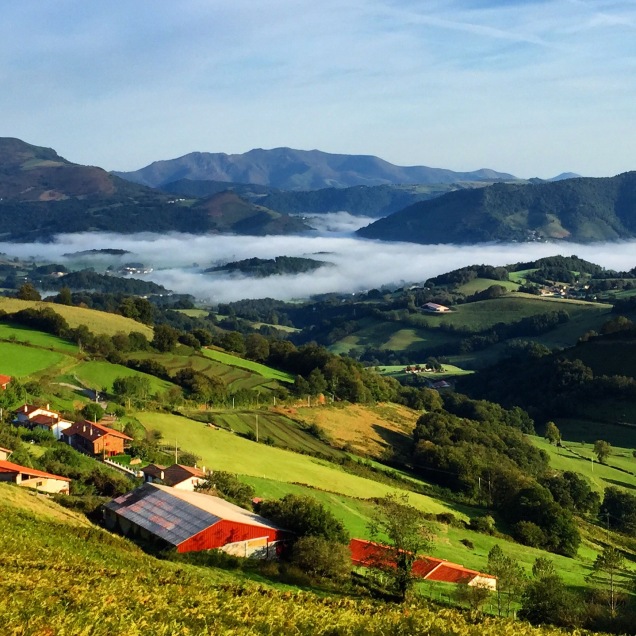 By the time we reached Roncesvalles 30 km later, we had crossed the border into Spain and were sufficiently humbled by the Camino. The municipal pilgrim’s hostel was an old monastery that had large rooms with 40-50 beds each. For 10 euros, we were each assigned a bed in the basement and a locker for our valuables. Maria carefully laid out her possessions on her bunk.   Among the contents were a handheld mirror, 2 different eyeliners, hair styling products, face products, and a little black dress, among other essentials for a walk of 800 km. I wasn’t exactly sure what type of Camino she thought she was walking but the dress drew my attention.  I asked when she thought she might wear a black dress and she very confidently told me that she would wear it “when we go out.”  I love dressing up as much as anyone, but in that moment, with her heel blisters the size of silver dollars, I couldn’t imagine under what circumstances she would possibly need a black dress to “go out in.”  The rest of the superfluous gear she agreed to send home when we reached Pamplona (and I was happy to take one of the eyeliners off her hands), but the dress, she insisted she needed to keep it. 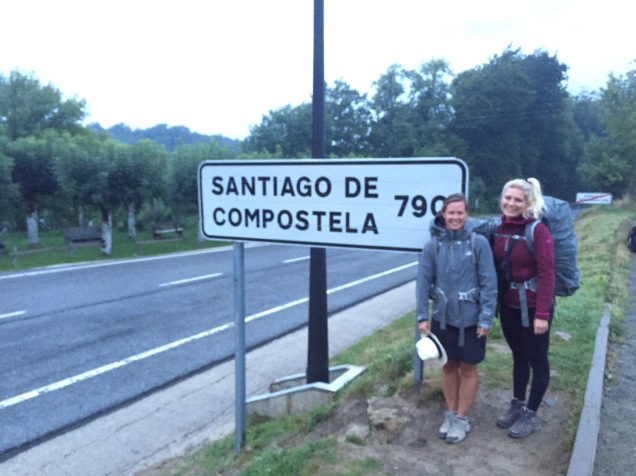 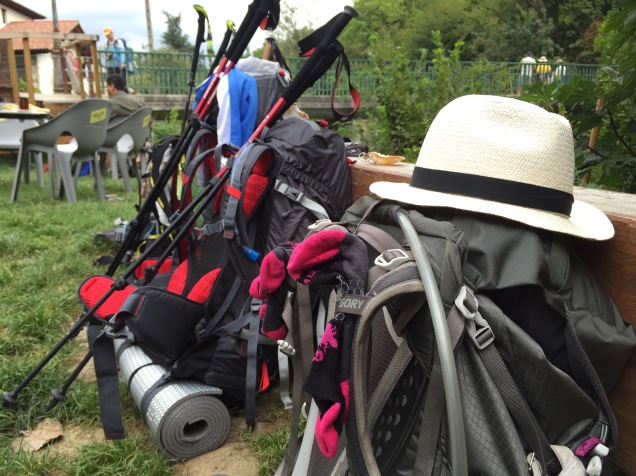 And she wore that dress…every single night…during her entire Camino.  I stand corrected.  She wore it well and one was one of the only people I met that didn’t look like a pilgrim after the backpacks were removed.

One thought on “The Dress”