I proudly announced that even though the skies had grown an ominous black and the lightning was illuminating distant horizons, somehow I could hold off the rain. After almost 400 days of travel, I had an exceptionally low percentage of rain days. My confidence was tantamount. It wouldn’t rain on us. I’m sure you know where this is going… Martyn and I were kayaking on a private tour with only our guide, amongst thick mangrove forests, when the skies opened. The rain fell in sheets. I tried (and failed) to paddle straight while he took GoPro video of me from behind, finding it difficult to capture the full impact of this powerful rainstorm. Nothing to do but laugh. The only other time on my travels I had experienced a storm quite so intense was on Day 1 in Montevideo, Uruguay, more than a year earlier.

Some of you may have been waiting for me to divulge full Martyn details in this post when we finally met again four months after seeing each other last. And so maybe now I should tell you that I’m not going to do that. This blog is intended to be my journal and as such, I often write my thoughts, feelings, and opinions about my experiences. Writing about people becomes a gray area and has become more and more difficult for me. And this time I’m keeping it to myself. Maybe one day I’ll write a “tell all” novel, but not today. With that said, I will divulge that Martyn and I had a fantastic time. If anyone doesn’t remember, we met in Morocco back in December and he is from the UK.  For 11 days, we visited three destinations in Malaysia, navigated plenty of outdoor activities, and dined on amazing food. We have very similar travel interests so it was easy to find things we both enjoyed, getting rained on apparently being one of them.

It had been months since I had felt cold, but that rainstorm, when you’re wearing a tank top and shorts, was COLD. Nevertheless, we both thought this was hilarious, simultaneously laughing and shivering. We spent five nights on the island of Langkawi. Between the beach and the sky bridge high in the mountains, the mangroves and the offshore islands, I think we touched on every environment the island had to offer. 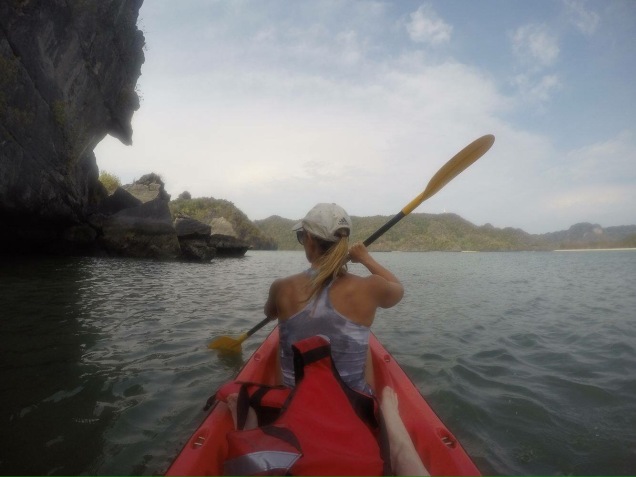 The sky bridge was a work of modern architecture that I wouldn’t even have known existed if it hadn’t been for Martyn’s careful planning and research. We watched a rather bizarre IMAX-type roller coaster movie prior to ascending the cable car to the top of the bridge. It depicted a rather realistic representation of what a roller coaster would look and feel like from the top. Seeing as I had no idea where we were or what we were doing, I momentarily swallowed the lump in my throat that the roller coaster was in fact a reality. I like thrills to some extent, but a roller coaster of that magnitude was out of my league so I was relieved to learn that it had zero relevance to the actual attraction. The cable car and resulting views from the top were more than enough to satisfy my thrills for the day. 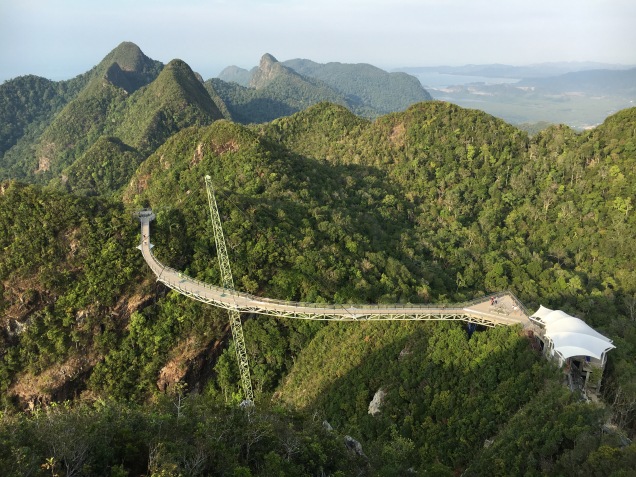 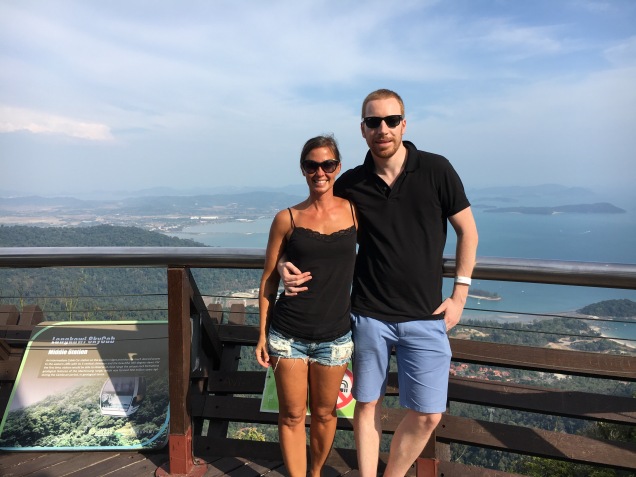 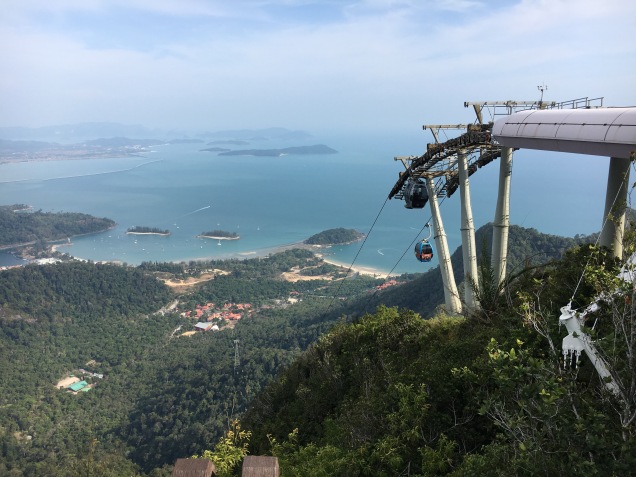 During an island hopping tour, we had 3 or 4 stops, I can’t remember exactly (obviously not especially memorable). Both Martyn and I agreed that the whole affair was rather lackluster, but it was nice to be on the water. In a stunt that I have grown used to, if not comfortable with, Martyn was initiated into the club where you survive the testosterone-filled adolescent driver aiming full speed into a rock cliff only to swerve at the last minute. This stunt often gets cheers from other testosterone-filled adolescents from…basically anywhere. For those of us that don’t like to pee our pants or vomit in public, it’s greeted by more of an eye roll and a collective sigh of relief while taking some deep breaths to stifle the sheer terror of ending up as graffiti on the rock face. Par for the course in Asia, the locals love it. 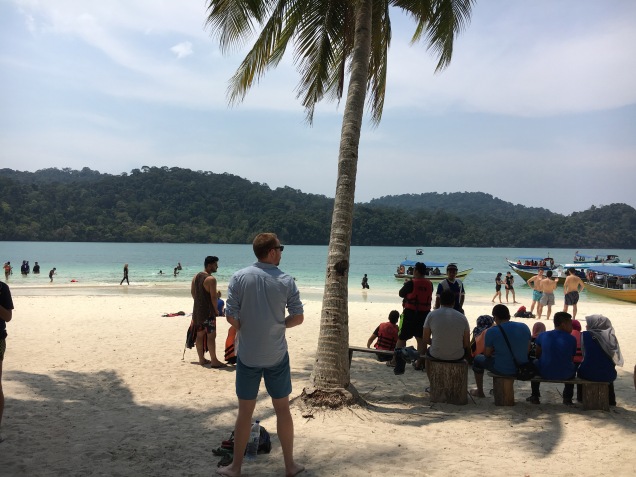 The kayaking remained our favorite activity by far, in spite of (or maybe because of) the rain. We didn’t intend for it to be a private tour, but it was expensive for Southeast Asian standards and also not heavily marketed so we were the only ones who signed up. Our guide was excellent and well-informed about environmental threats to the mangroves. We saw a monitor lizard and some macaques and a few birds, but I mostly enjoyed the quiet and the sense that we were exploring just a small part of this special ecosystem together. I couldn’t have picked a better partner.