As I had grown familiar with the images of poverty, the smell of raw sewage, and hippie travelers, Split was the complete opposite. There was a day when I would have felt comfortable in this kind of environment and probably one day in the future, I will fall back into that lifestyle, but now, with my backpack full of elephant pants that needed mending and stained tank tops, this was clearly not my scene. Nevertheless, the people-watching in Split was some of the best I had seen in ages – glitterati with sexy accents in high heels and bright red lipstick, their accessories included a cigarette and a handsome man in a tailored suit.

I arrived in Split on a Tuesday with three nights reserved at a hostel, meaning I would have to check out on Friday or extend. I had a small desire to investigate a sailing cruise from Split to Dubrovnik. This, of course, would be expensive, but some things are worth the money. I needed to get to Dubrovnik anyway and this seemed like a fun way to do it. However, very quickly I was reminded that I had chosen to come to a prime European holiday destination during the summer without pre-booking anything. Cruises were booked out for the next month, my hostel was booked for the weekend so I would have to leave, and all other hostels where I found availability were twice the price I had budgeted. Now was when I would have to rework my plan and commit to some reservations a little further in advance.

Meanwhile, I enjoyed Split. It was so different to anywhere else I had traveled recently it was a breath of fresh air. The old city was bustling and charismatic. Wine bars and Trip Advisor-reviewed restaurants abound. I had three full days in Split and while I might have been inclined to stay for a fourth, I spent the majority of time hopping from one cafe to another, writing, reading, and enjoying my anonymity.

I did visit St. Domnius Cathedral, the bell tower providing splendid views of the Adriatic Sea, and Marjan Viewpoint, looking back at the old city across the bay. Diocletian’s Palace is the crown jewel of Split and has become more famous in recent years for its affiliation with Game of Thrones. Sorry, I don’t watch the show so the references were lost on me, but there was plenty of merchandise available in case I forgot that scenes had been filmed here. The palace itself has been reconditioned into shops and restaurants above ground, but the basement, or substructure, has been preserved in its original architecture and this is the part that is unique to explore for paying customers. 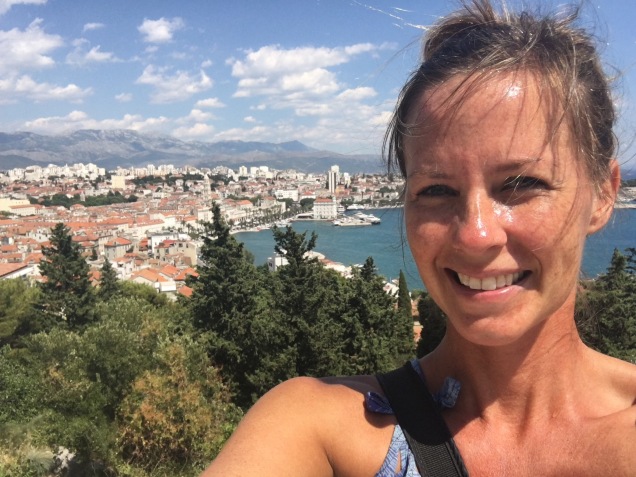 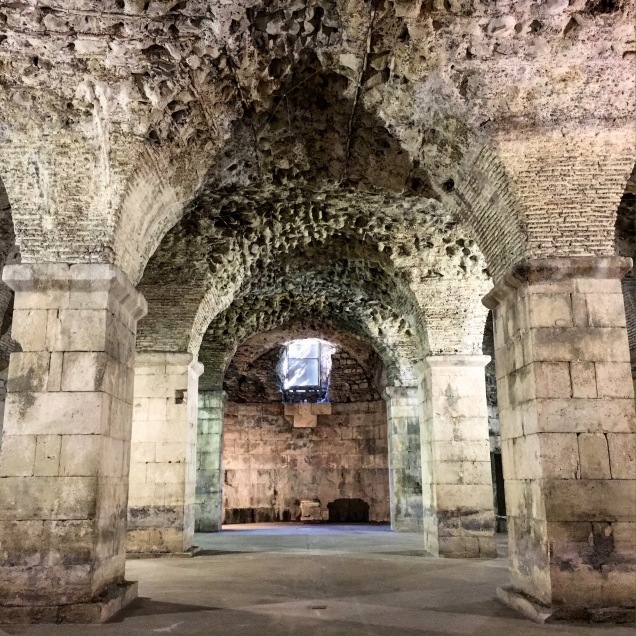 After my time in Split, if nothing else, I was motivated to retool my wardrobe and finally start wearing makeup again. Perhaps this sounds shallow, although it felt good to dress and act like a girl and indulge in cocktail hour at a trendy cafe again.