Zadar, named as one of the best European travel hotspots of 2016, is bursting at its seams with the influx of travelers seeking out the appeal of this Croatian coastal destination. During my visit in July, the crowds were thick almost everywhere you looked. The biggest tourist draws in Zadar are the Sea Organ, an acoustically designed walkway where the movement of the water would elicit an instrumental hum with the waves, and Greetings to the Sun, a series of solar panels that perform a rhythmic light show after sunset. I found both of these to be a creative interpretation between sea and sun. 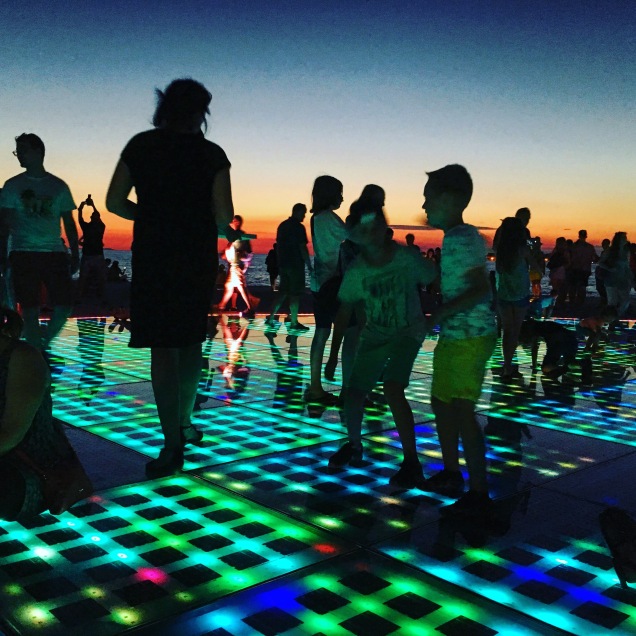 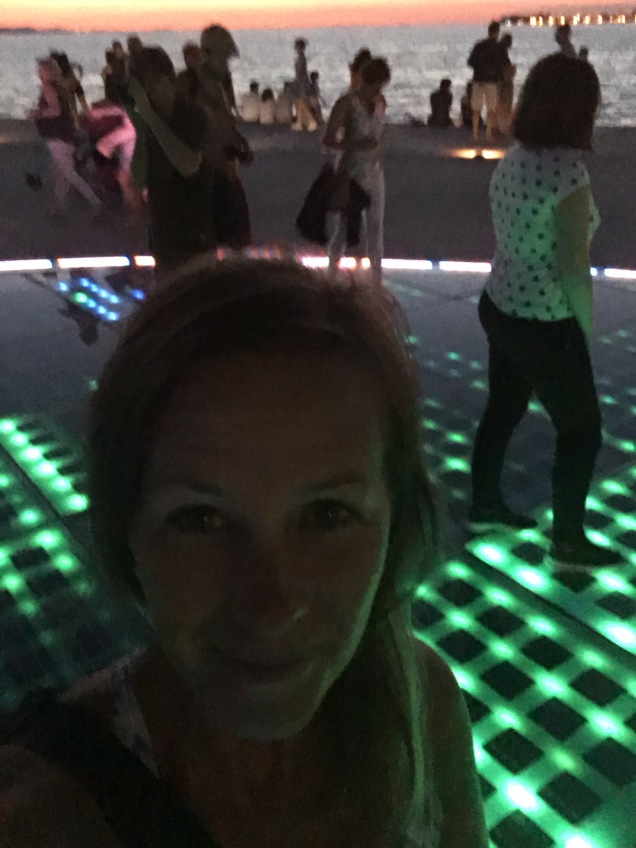 Street performers and ambitious entrepreneurs were amidst the throngs of people, trying to get their slice of the tourism juggernaut. People of all ages were doing backflips off the promenade into the emerald waters and eating gelato by the pint in front of the setting sun. I ate my pint of lemon gelato at the same time as diving into the ocean. When in Rome….right? It was a true family affair, all with the soundtrack from the Sea Organ in the background. 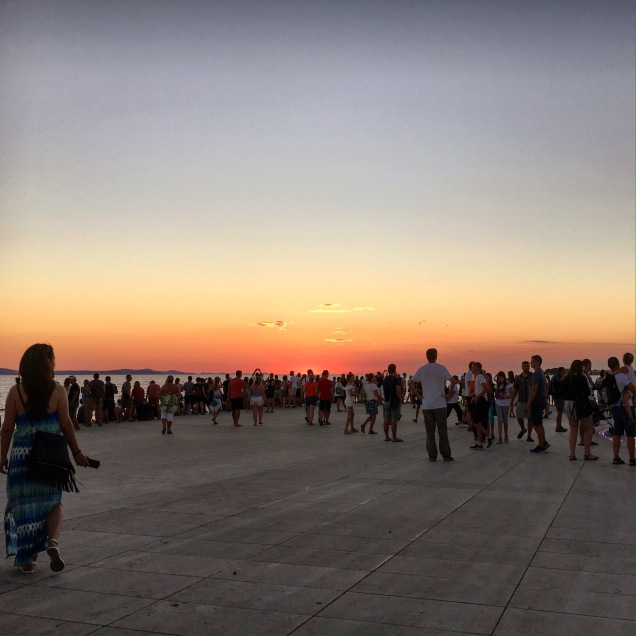 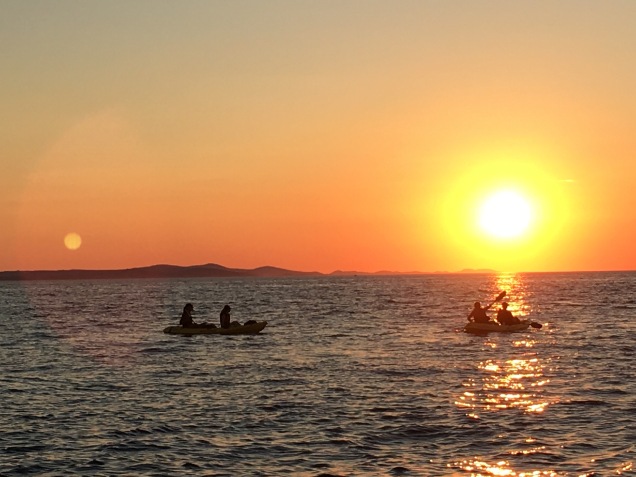 The old city of Zadar was similar in atmosphere to both Split and Hvar, but it was considerably smaller and less adept to handle the crushing hordes of people that were descending on a daily basis. I knew it was possible to make a day trip to Krka National Park so I thought I would get out in the fresh air and leave the hordes behind. How wrong I was….I was not the only one who had this idea!

Krka is within a one hour’s drive from both Split to the southwest and Zadar to the northwest. I booked a bus ticket to Skradin, the entry point of the park, and for some reason, was surprised with the mobs of bodies that were already milling around the park entrance. Like Plitvice National Park that I had visited a few weeks earlier, Krka is also home to some breathtaking waterfalls and nature paths that allow you to explore the park. The biggest difference between the two is that in Krka, there is a zoned area where swimming is permitted. And if I’ve learned nothing else in my travels around the world, it’s that people LOVE swimming in waterfalls. Big ones, small ones, blue ones, green ones, tall skinny ones, and short wide ones….it doesn’t matter. People love it. It helps when the temperature is soaring above 30 degrees C, but they will go in no matter what the weather. So that leaves me wandering exactly why I was surprised to see so many darn people! 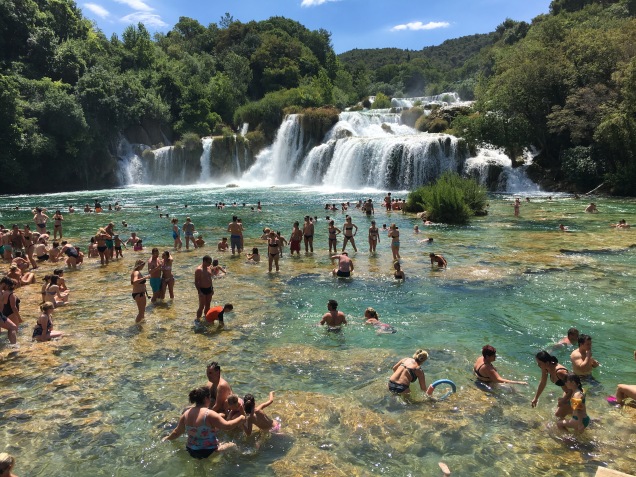 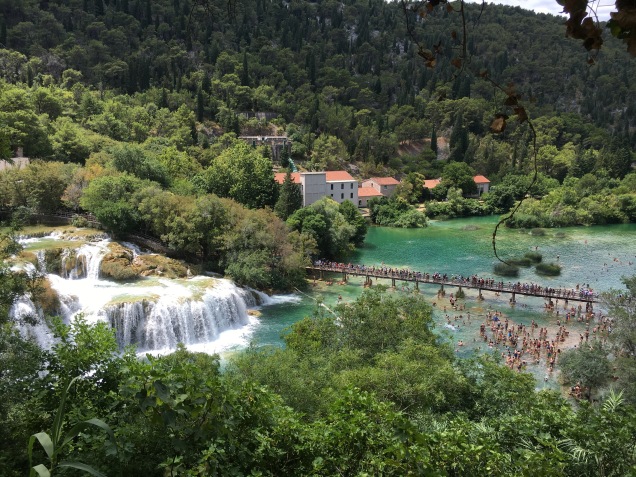 The park is lovely and in some ways I preferred it to Plitvice even though the latter is larger and more famous. But….did I mention you can swim?