The Soca Valley, with its aquamarine river and location right at the gateway to the Alps, stands out as one of the most beautiful places I’ve ever seen. Martyn and I checked in to a one room apartment in the town of Kobarid. Kobarid is just a speck on the map with a sleepy quality that makes you want to sit and sip wine for hours except that there is so much to DO here. Chock full of adventure sports and pleasant trekking, the Soca Valley is nature’s gem.

The first afternoon held a light drizzle, yet at about 4pm, Martyn and I were climbing a rather punishing incline to a viewpoint that we weren’t even sure existed. I’m going to plug here (no one is paying me to say this but man, I wish they would!), but maps.me is hands down the best map app ever created. Google Maps does not hold a candle to maps.me and I will debate that to the moon and back. Google Maps sucks and if you’re still holding on to it, I’m sorry. I’m not sorry for saying this. I’m sorry that you’re probably lost half the time (and/or waiting for the stupid thing to load). I used to always juggle a paper map with some Google map screenshots because I rarely have internet at precisely the time I’m lost. I’m now told you can download maps on Google, but I would venture to say that functionality came after pressure from the maps.me diehards. Not only are the road maps extremely accurate, but also since I discovered maps.me, I can now confidently go hiking in some pretty obscure places and follow the dotted line indicating a trail. Trails in Laos and Malaysia and Sri Lanka and countless others will show me a viewpoint, sunrise or sunset lookouts, where I can find water, food, campsites, or even just an information board. Still working to convince Martyn of the maps.me superiority, he followed my directions for an hour up the side of a mountain in the rain. Sure enough, there it was. The trees parted and we had a fantastic view of the town and surrounding mountains. The viewpoint existed and Martyn was converted.

The next day we spent a full day weaving in and out of those majestic hills, climbing to a viewpoint or descending into the river valley. We waded into waterfalls and lounged next to that ice cold river. And when I say ice cold, I mean the instant after ice melts when it’s still so cold that it almost burns. The water was that cold. I applaud the few testosterone-laden adolescents that chose to dive in. 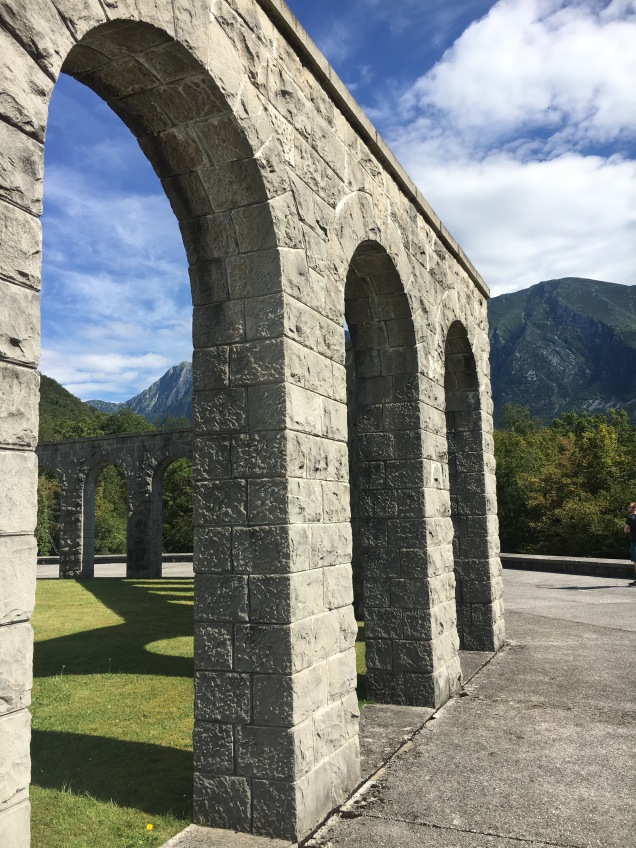 In spite of its heat deficiency, the river’s turquoise color made it look so inviting. That’s how Martyn and I ended up donning wetsuits for a rafting excursion the following day. I thought the wetsuits were “just in case” we accidentally fell in or were splashed. But five minutes after we started and the water was a calm crystal pool, our guide suggested we could swim for awhile. In that water? But it’s freezing! Everyone went overboard and promptly lost all feeling below the neck. Due to all loss of sense, Martyn even dared to jump from a giant boulder back into the icebox. And even I was a sucker when the guides propped our raft up as to create a big rubber water slide. In the end, the rafting was a lot of fun and cold or not, we had a blast. 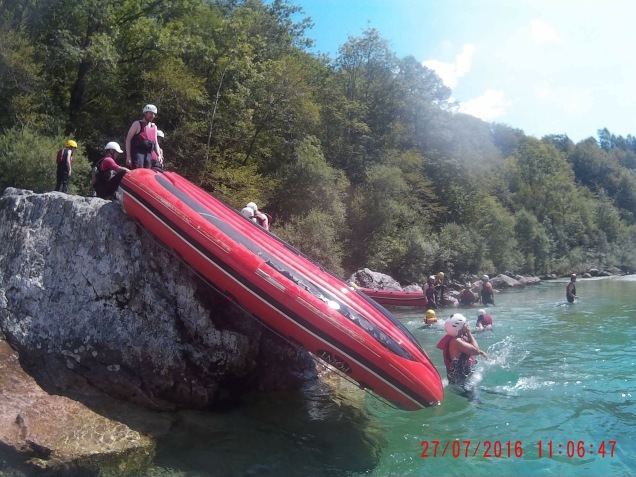 Trekking, waterfalls, rafting, and waterslides, nothing could prepare me for death by flip flops. On our final afternoon, activities all thankfully completed, my arms heavy with all of my fragile possessions (iPhone, iPad, kindle), I took one step down a wet metal staircase and my treadless flip flops failed me. One foot went forward and the other went back. I slid down several steps with one foot tucked underneath me, my shin bouncing off each corner, my arm gripping all of my valuables instead of helping to break the fall. A black and blue welt blew up within seconds, but it could have been so much worse. A little ice and elevation and I would be able to fight on another day.  Sheesh!