Lago Atitlán, a volcanic crater lake located in southwestern Guatemala, is ringed with Mayan villages, each with a different character. Panajachel is probably the most touristy. Santa Cruz is known for being super steep built in a hill and still retains a lot of its traditional character. San Marcos la Laguna, known as the hippie town, with opportunities to balance your chakras or for a meditation retreat. I chose San Pedro la Laguna because I wanted to go somewhere less touristy than Panajachel, but not completely off the grid like Jaibalito. San Pedro is crawling with backpackers because it is known for having some of the best prices and a thumping nightlife, which is ironic because I really wanted to just lay in a hammock all day.

I stayed at a place called Pinocchio, which cost me about $8/night for a single room. I chatted with the housekeeper in Spanish every morning and she complimented how well I spoke. I wasn’t convinced, but it was encouraging to hear her say it nevertheless. It rained a lot during the 3 days I stayed there so I spent my afternoons eating tacos and reading a book inside one of the many Israeli bars (yes, Israeli, go ahead and digest the irony for a minute) on the main strip. I wasn’t really interested in making friends and the rain was making me feel even more melancholy than I already did. 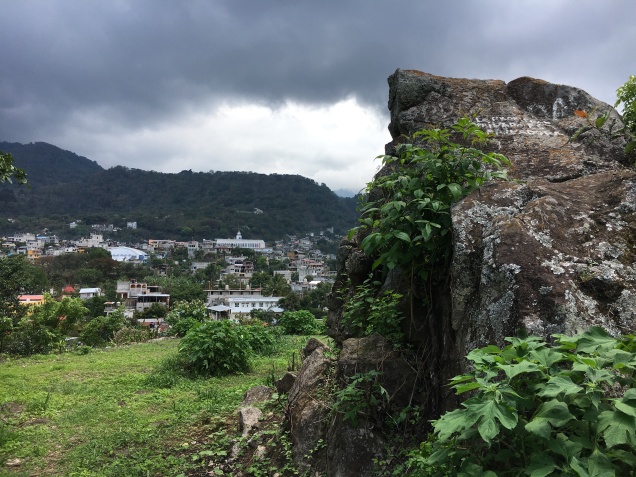 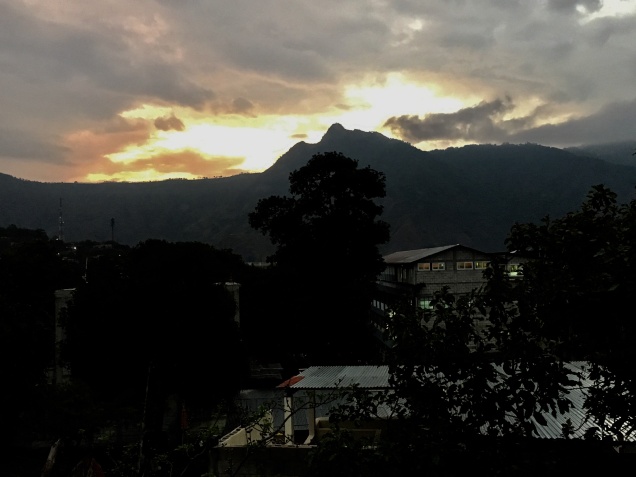 I tried going to a yoga class (the first time since injuring my shoulder in India), but I was the only student, which put my American instructor in a foul mood since she would only earn my $7 fee for her time. Not sure I’ve ever met a less enthusiastic yogi.

When there was finally a break in the clouds, I hired a kayak and paddled out to the middle of the lake and then I sat still. I balanced my paddle and I just sat there, looking back toward shore and listening to the sound of my breath and the lapping of water at my feet. I was like a tiny dot in the lake and I likened it to being a tiny dot on the planet. I had been in 42 countries since I had left home and it felt like I had barely scratched the surface. I wasn’t done yet. There is still so much to experience, so much to see, so much to learn. I closed my eyes, becoming lost in reverie, when a fat raindrop landed on my leg and then another. It was time to go. The rain filled my kayak as it poured in torrents while I paddled back as quickly as my tired arms could go. 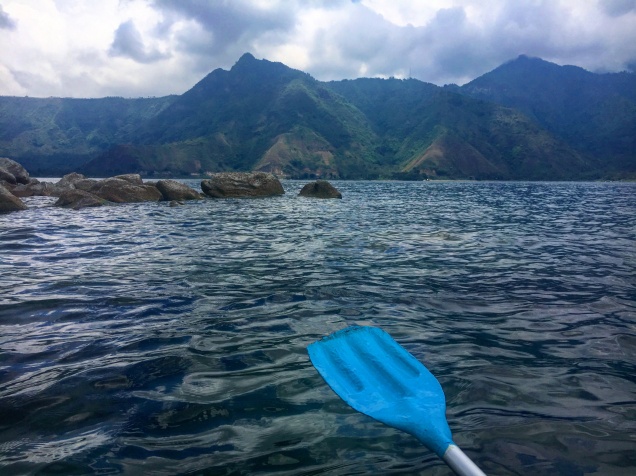 The rain may have prevented me from seeing all of the treasures around Lago Atitlán, but I was relaxed and satisfied and already considering it in terms of “next time.” I still had one more adventure left in me though. It’s not over yet.