I was standing on a street corner in Belize City with 3 plastic bags full of second-hand clothes, half empty bottles of shampoo and sunscreen, and those stupid hiking boots when I watched my parents drive by for the second time. I darted out into traffic, chasing the car to the intersection until I finally banged on the trunk to get their attention. They had flown from Florida to meet me to spend a week’s vacation in Belize. Dad was driving and Mom was navigating so, needless to say, they had not noticed me standing there like a bag lady in front of the coffee shop.

The last time I had seen Mom was in Ecuador in July of 2015 and I hadn’t seen Dad since I left home in March that same year. We FaceTimed frequently, but not like being together in person. It was really great to see them, a real victory to get Dad to use his passport for the first time. Mom brought me a backpack so that I wouldn’t have to be a bag lady anymore. I told her I didn’t need anything else because I could buy the essentials in Belize City when I returned from Caye Caulker. What I didn’t know is that this wasn’t in fact true.

I mostly needed to buy underwear and a few cosmetics, but also clothes that fit me instead of the kindly donated second-hand items that were all too big or too small. It was suggested that I go to Brodie’s – they have everything, they said. Brodie’s is super random and turns out to be more of a supermarket/drug store than a clothing shop. They had a small selection of women’s underwear, most of it with heavy butt padding, which I certainly didn’t need, and just couldn’t understand the utility of. From Brodie’s they sent me to a shopping center across the street which looked like an Asian tourist market except with way uglier garments. The search was futile as I was running out of time before meeting Mom and Dad. Looks like I would continue wearing my bikini a little while longer!

I imagine I was a sight for Mom and Dad that hadn’t seen me in so long. I had a few new tattoos, dirty tan skin, and smelled like I use organic deodorant. They had rented a car to drive us to a resort in Hopkins, which is about two hours further south along the coast. Mom gasped when it looked like a stray dog would run in front of the car. Dad cursed the unmarked speed bumps that pocked the entire highway. I was reminded that neither stray dogs nor highway speed bumps are common in the US.

We stayed at Almond Beach Resort & Spa, a four-star cluster of casitas with a private beach, a couple of swimming pools, a spa, and a boutique restaurant with an evening island performance. I tried not to behave like a heathen, but it’s hard when you’ve been living like a castaway for so many months. 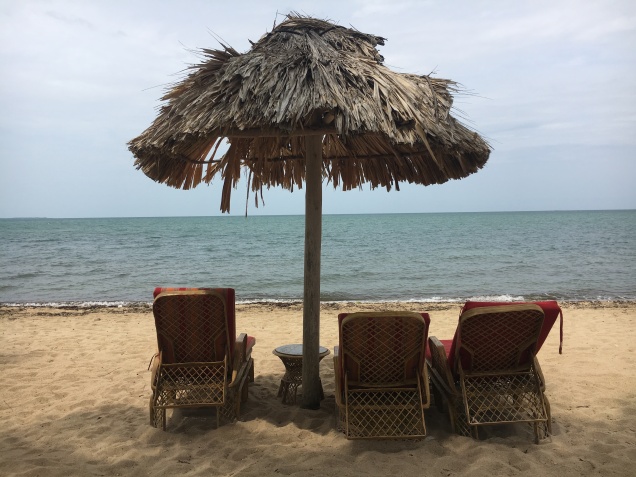 On the second day, we didn’t stray far from the pool and the bar. I was downing micheladas and mojitos like they were water when I turned around and saw my brother, Rhett, standing there. It took me a minute to register that this was intentional and not some bizarre coincidence. A fantastic surprise, he had lamented that work and other commitments would prevent him from joining the family vacation so I wasn’t expecting him and made it all the more amazing that he had traveled all this way. 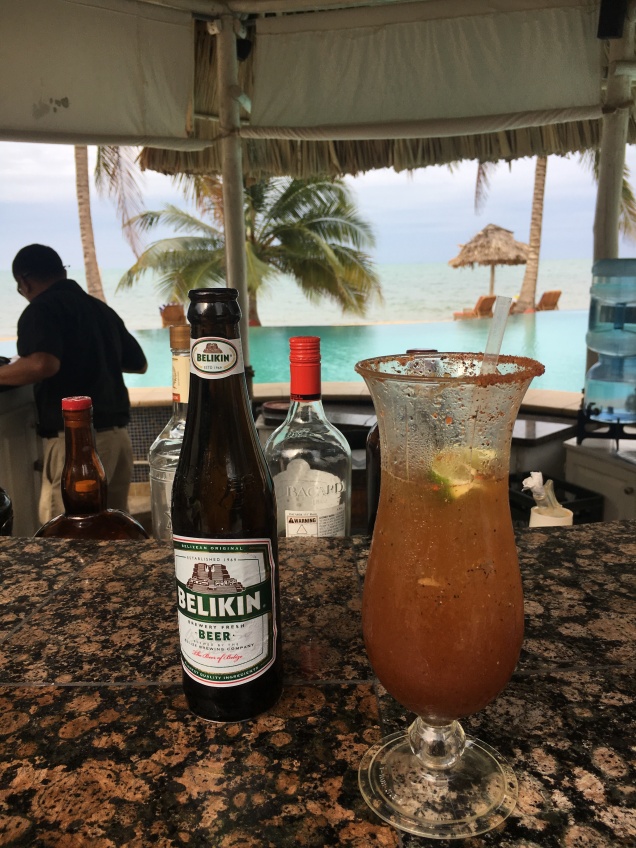 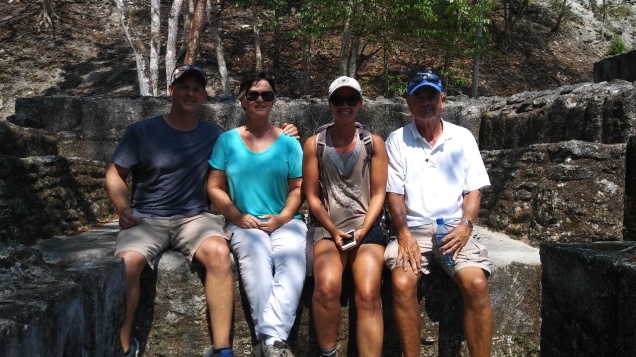 We stopped for waffles in San Ignacio on the drive to the far western part of the country to visit Xunantunich, the best preserved Mayan ruins in Belize, and toured around with a guide who told us the name Xunantunich refers to “Sculpture of the Lady.” This “stone woman” is actually a ghost who has reportedly been seen at this sight for more than 100 years. She wears white and has red burning eyes when she ascends the stairway in front of the castle and disappears. 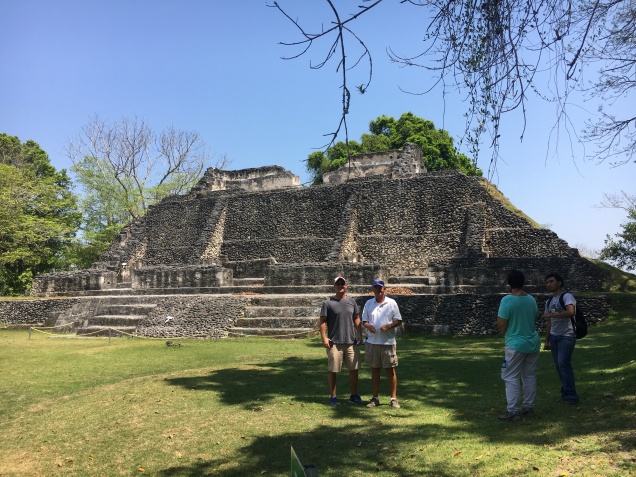 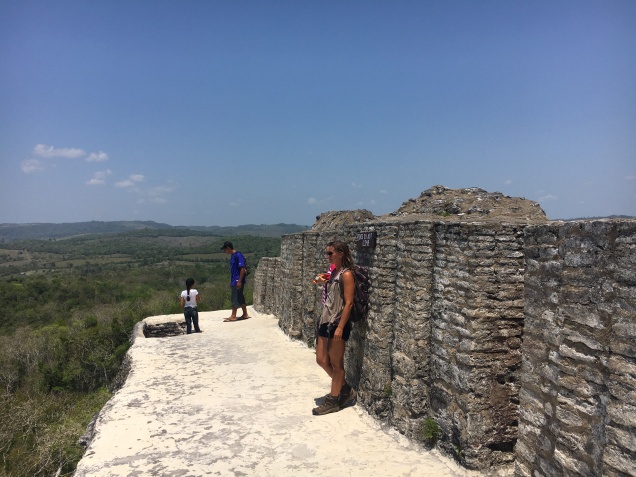 We went to the Belize Zoo, a non-profit wildlife refuge, best known for conservation and their environmental education projects. All of the animals have been either orphaned, rescued, or born at the zoo. I was especially fond of Hoodwink, the gorgeous Spectacled Owl, whose eyes held so much wisdom and personality, yet my heart ached for the jaguars that were pacing the perimeter of their enclosures.

We borrowed kayaks from Almond Beach to get out on the water and went hiking in Cockscomb Basin where we found an old plane crash in the jungle. 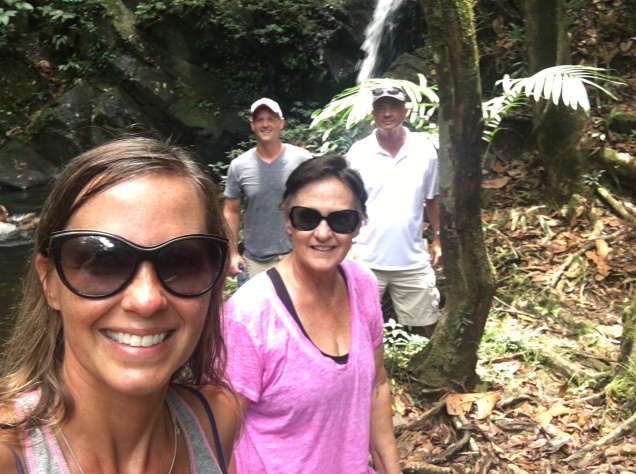 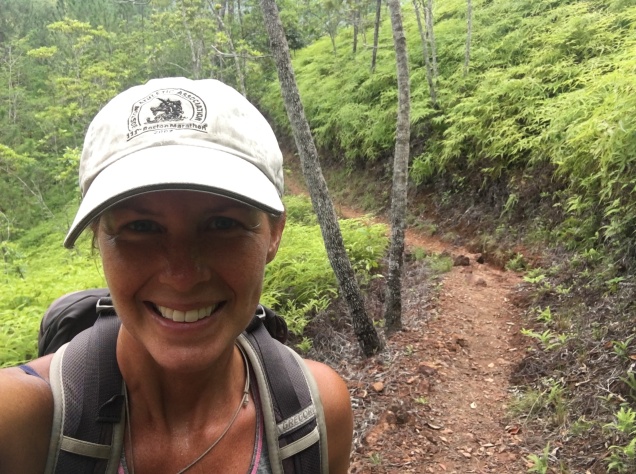 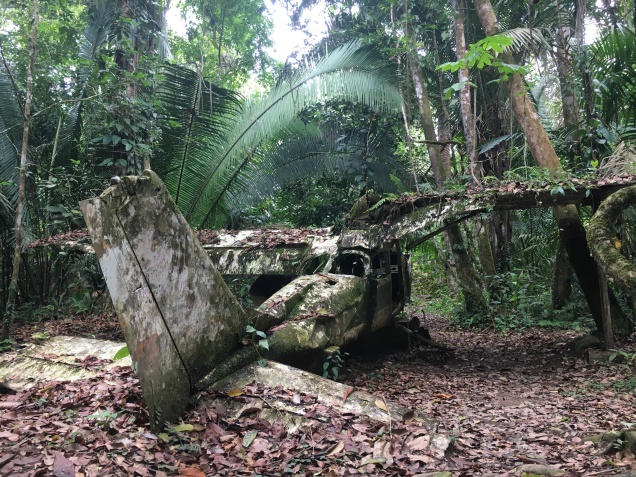 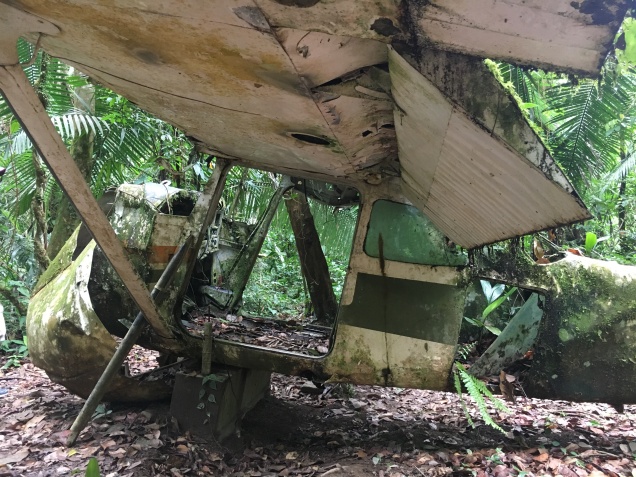 Mom and I went snorkeling near the coral reef in seafoam green waters and on another day, Mom and Rhett went zip lining with monkeys in the canopy. 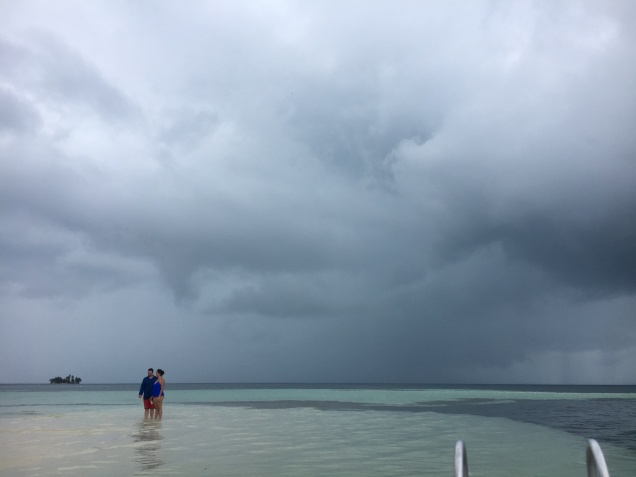 I spent lazy hours reading my book in a hammock and then had a final dinner, where we grilled our own pieces of steak on a hot stone at Love on the Rocks.

Rhett had to leave a day earlier than the rest of us so when we left Hopkins for the final time, it was just Mom and Dad and I that stopped at Marie Sharp’s hot sauce factory for a $1 tour, ultimately leaving with 8 bottles of hot sauce because it was just too hard to choose.

They dropped me off in Belmopan, which was about halfway on their way to the airport. I would be taking a bus to Guatemala from there. I felt strangely nervous, as if I turned into a teenager with Mom and Dad, and that I wasn’t capable of making this journey by myself. The week had flown by so quickly and while I wanted, no…needed, to complete this round the world on my own, it was bittersweet to watch them go.

They didn’t go, of course. I sat inside the grimy bus terminal and patted my bags to regroup, trying to get used to the new backpack and develop a new routine of accounting for my things when I noticed that a pocket was open and my little green padlock was gone, the lock that I used to secure my valuables in hostel lockers. I knew that it had fallen out in the trunk of the car so I sprinted out to the curb, hoping to catch Mom and Dad before they drove away. But they were still there, waiting to see me off. I collected my lock, hugged them one more time, and then boarded the bus to the border. I would see them in two more weeks, after all, when I finally would return home from this wild adventure.