After this last passport stamp, I walked across the border to Guatemala. Suddenly, people were speaking Spanish again. I left Spain in November 2015 after 8 months of listening to Spanish every day and while I had continued studying the language since then, I had not heard myself speak out loud in a long time. I was rusty to be sure, slowly enunciating every syllable that escaped my lips, but my level of confidence was greatly enhanced as I asked for directions to the town center of Melchor de Mencos and where could I find an ATM and where could I get a bus to Flores? I knew it wasn’t perfect Spanish, but it didn’t matter. The confidence was everything.

Flores is a little island in Lago Peten Itza in northern Guatemala. You can easily walk the perimeter of the island in an hour. Colorful homes dot the cobblestone streets. I watched the sunset from a touristy restaurant drinking a neon green cocktail and eating American-style nachos. It was good to be back in Latin America. I had never been to Guatemala, but something about the Latin vibe felt strangely familiar. 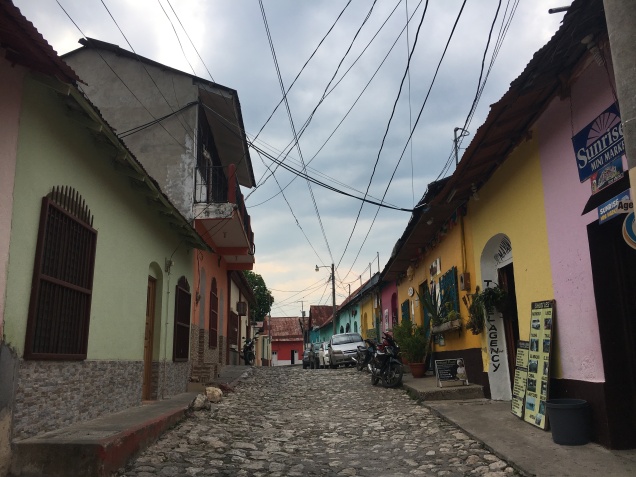 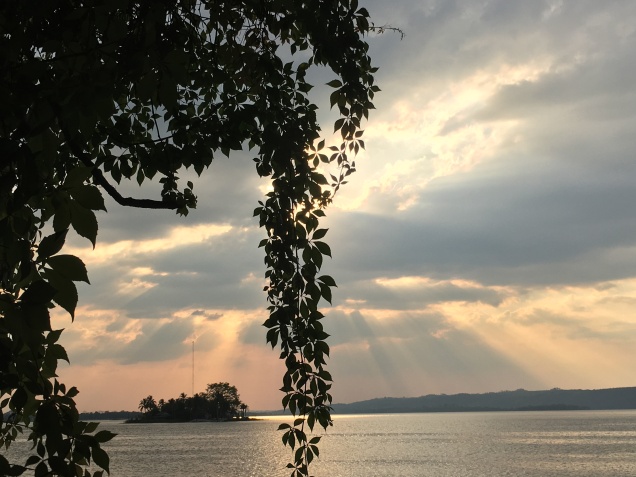 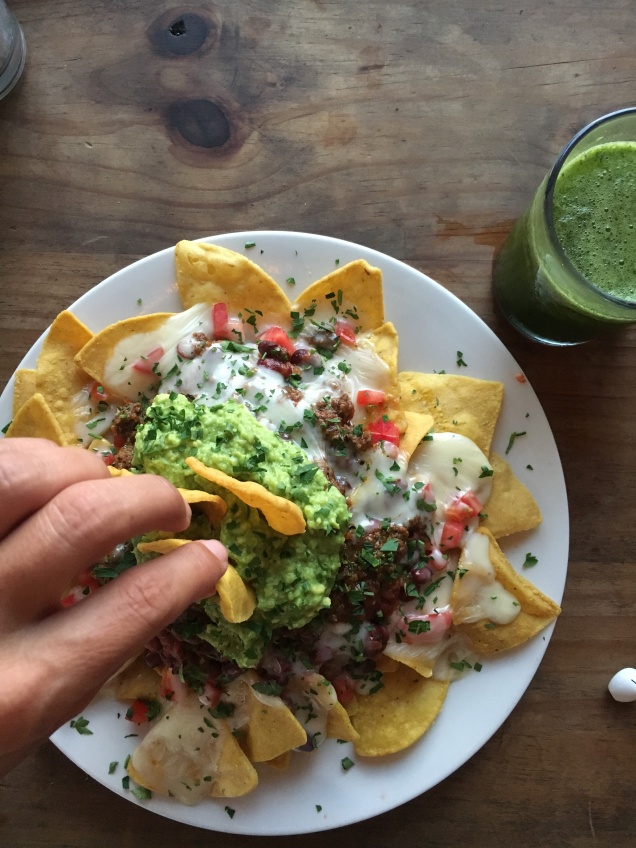 I joined an early morning organized tour to Tikal, a UNESCO site and was one of the largest Mayan cities in the Americas dating back as far as the 4th century BC. The howler monkeys wailed and moaned their dawn greeting as we wandered through their forest. Symmetrical limestone temples and palaces rose out of the jungle foliage as monuments to another century. The complex is huge, only a small fraction of the structures have been mapped and excavated for public visits. After the tour, I was given the freedom to explore on my own and return on a bus at my leisure. Some of the less-visited sites were the most ominous where you could see the rainforest trying to retake its territory. 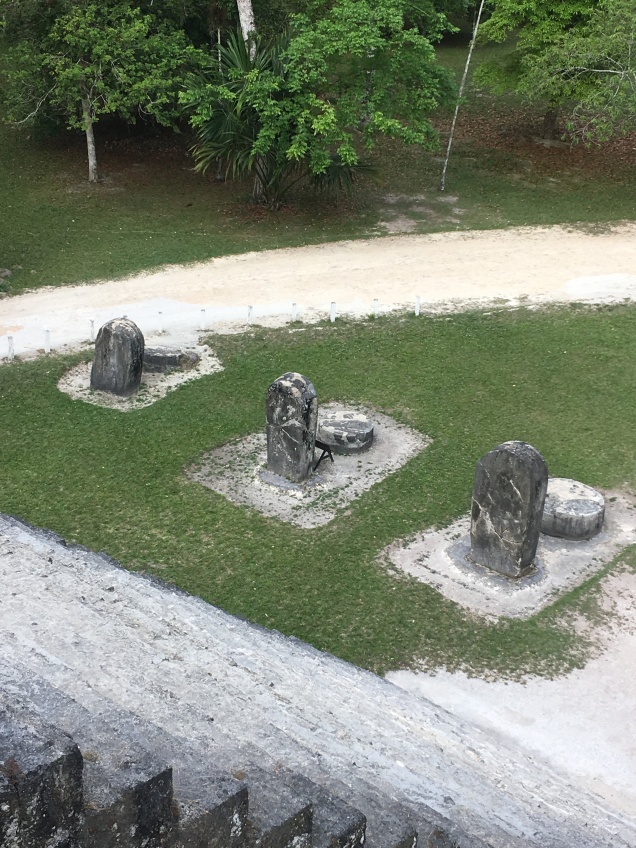 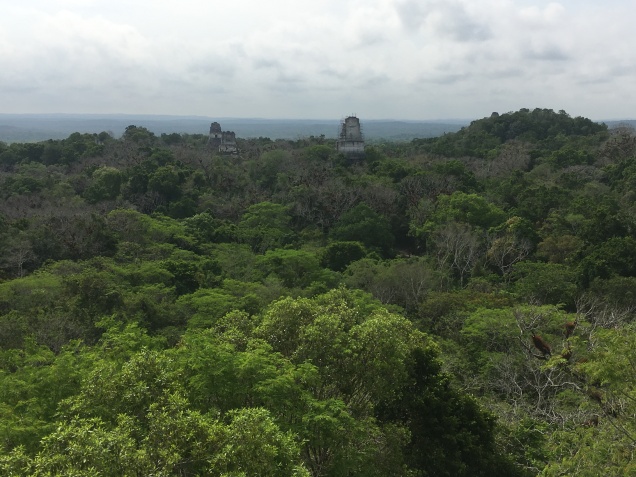 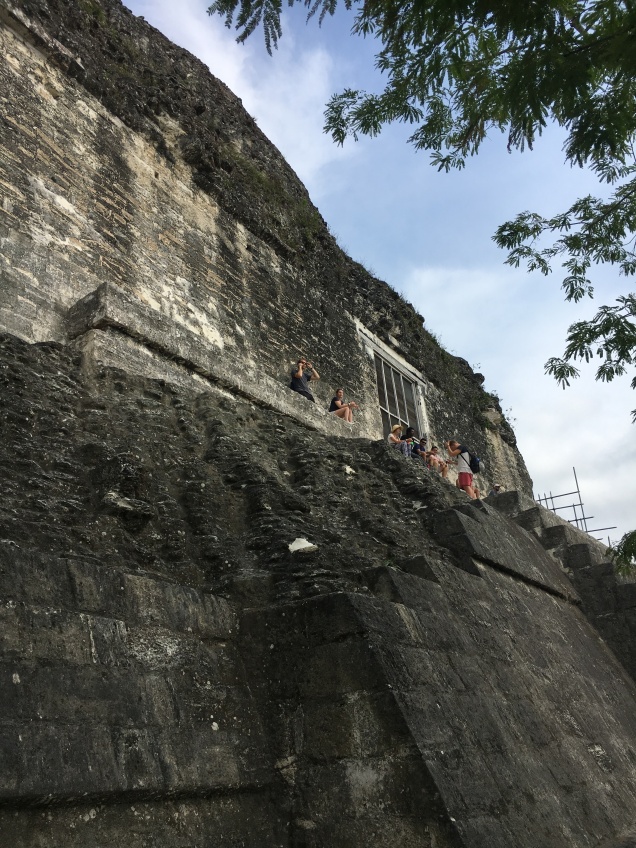 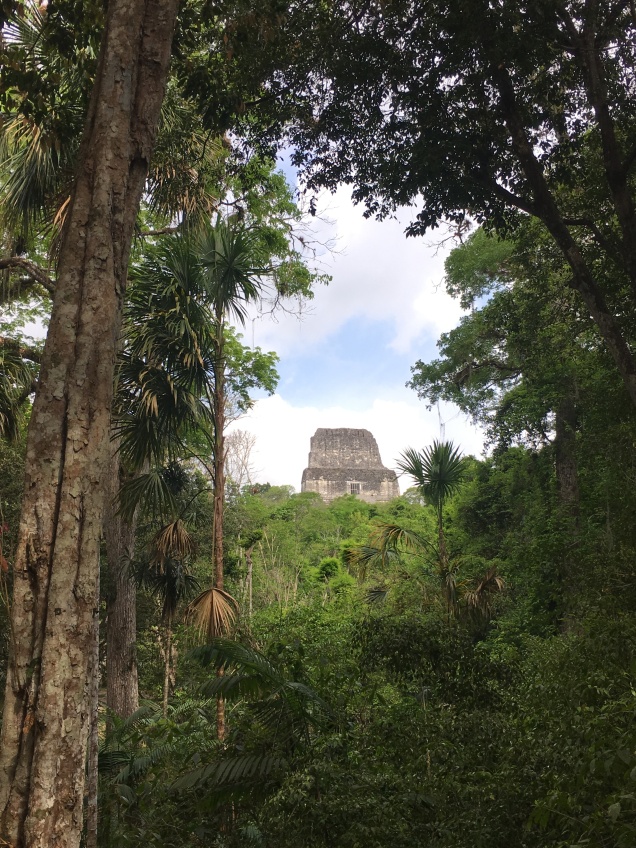 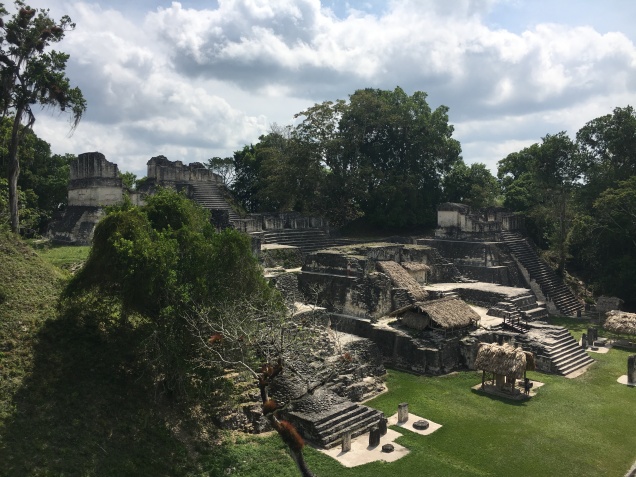 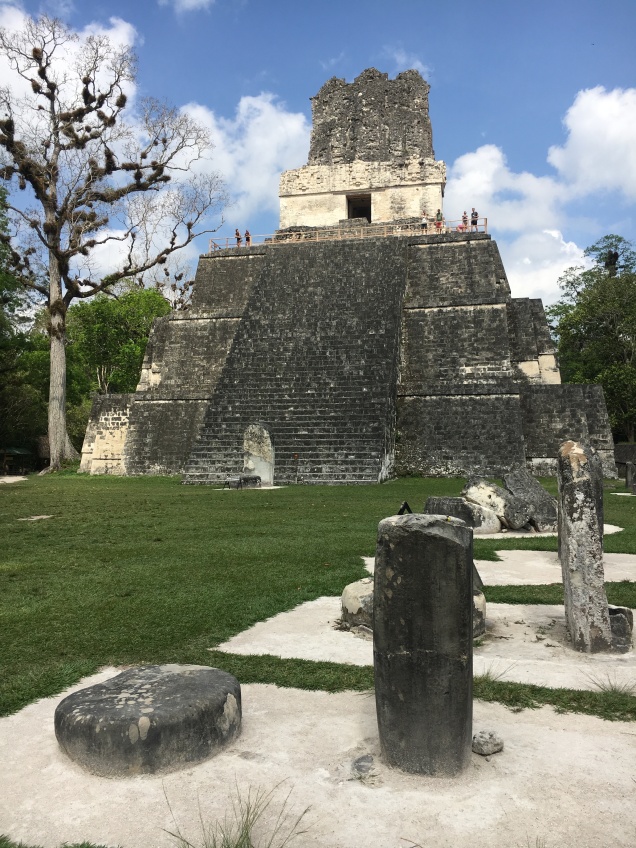 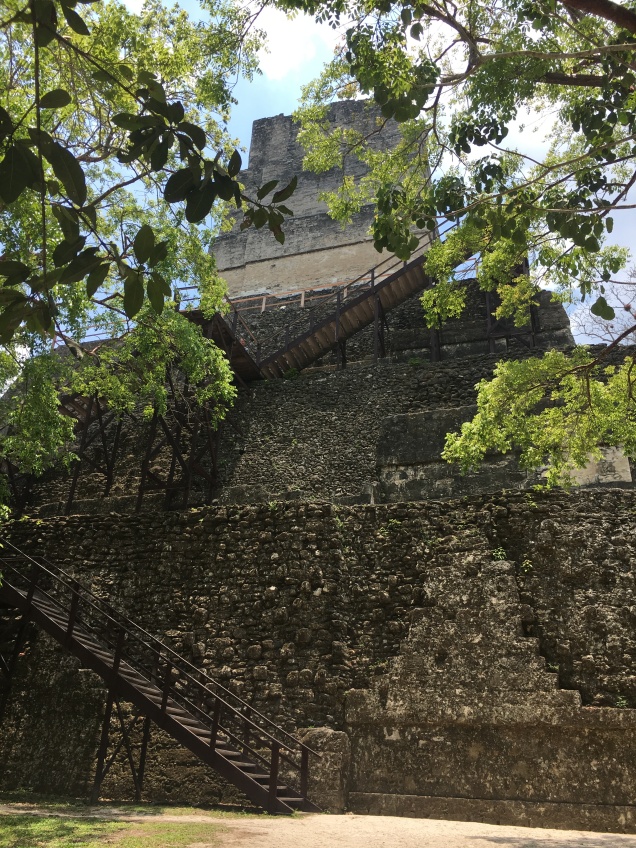 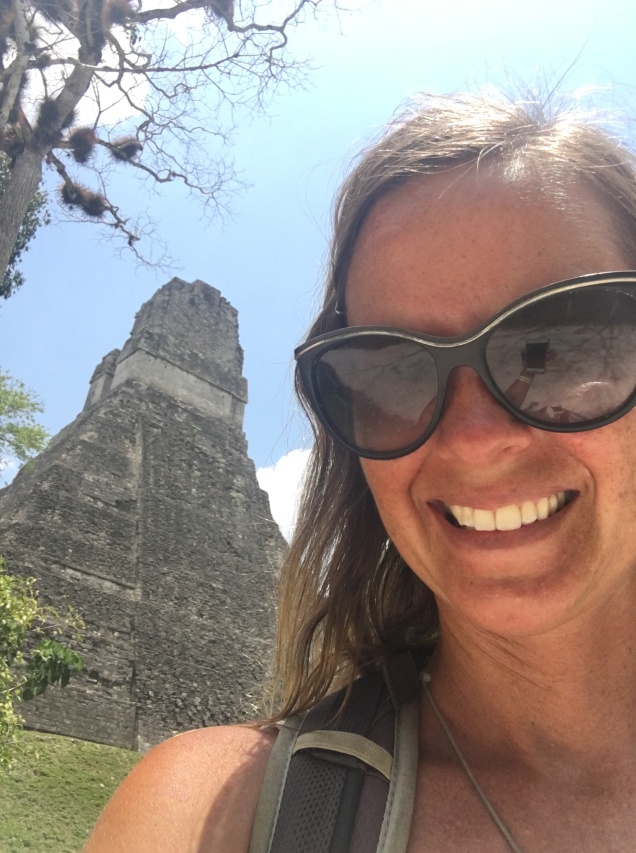 Back in Flores, I tried my hand yet again on shopping for a few things I needed to replace at a shopping mall with lots of shoe stores, but very few clothing stores. I stopped in a vision wear store, but the woman only stared at me blankly and shook her head when I asked about contacts. I basically had 3 outfits now (even though they were ill-fitting) that I could rotate out. It would be enough so I gave up.

I thought about paddle boarding or taking a ferry across to the other side of the lake, but Flores is a sleepy little town and when push came to shove, I couldn’t think of a better way to while away an afternoon into the evening reading a book and sipping two for one neon green cocktails at a bar with a nice view. 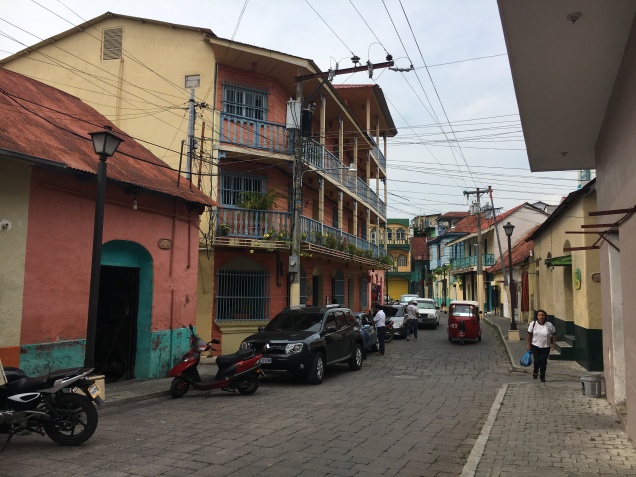 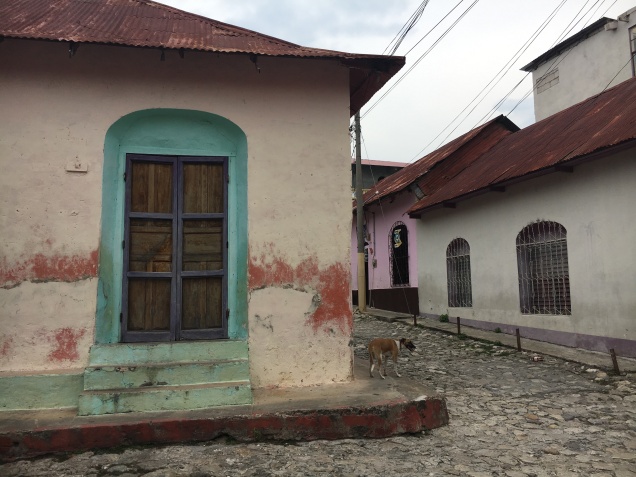 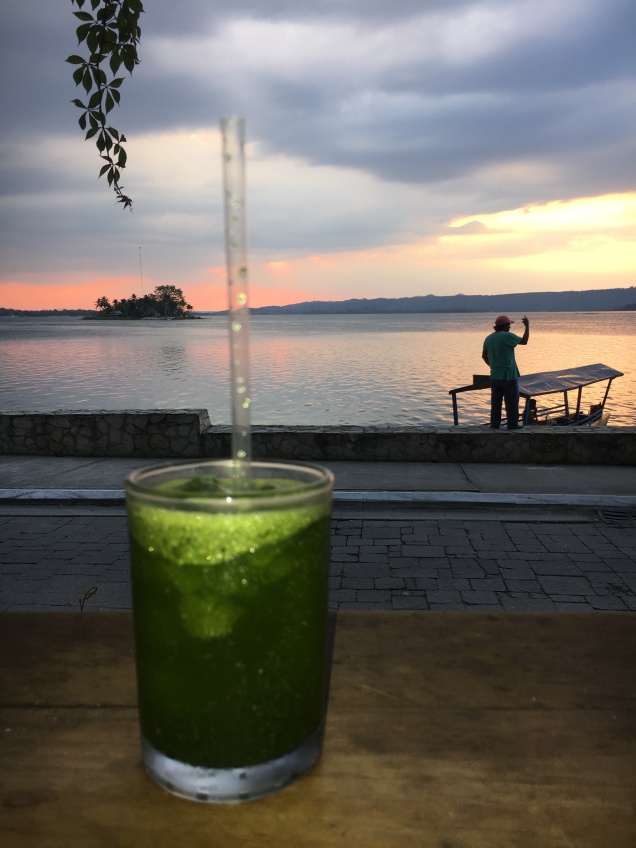