What could I possibly say about the wonders of Patagonia that haven’t been said already?  It is truly one of the most beautiful and wild places on the planet.  Known for its unpredictable and severe weather, my 2 weeks spent near the bottom of the globe were predominantly sunny and mild.

First stop was El Calafate, famous for its proximity to the Perito Moreno Glaciar.  Here, I met Juan and Valeria, an Argentinian couple from Paranas who were also visiting Calafate for the first time.  Such lovely people and I thoroughly enjoyed having dinner with them and sharing travel stories.  Perhaps our paths will cross again one day! 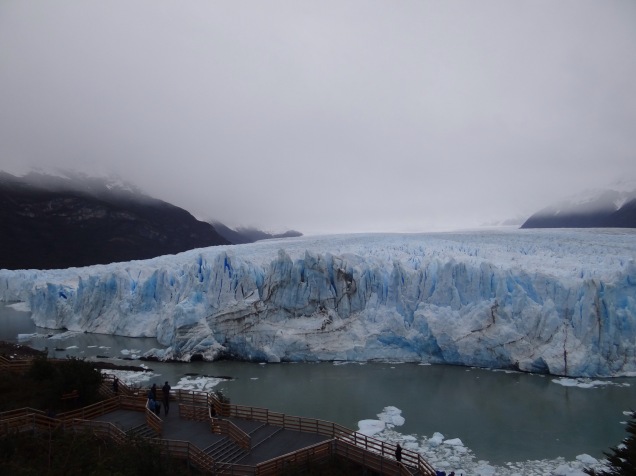 I quickly moved on to Chile’s world-renowned National Park, Torres del Paine.  I wanted to soak up the outdoors and challenge myself with a self-supported trek on the “W” Circuit.  With a home base of Puerto Natales, Chile, I rented a tent, sleeping bag, pad, and cooking equipment and I bought food for 5 days, a little uncertain as to what supplies would be most necessary.  Luckily for me, I reconnected with my friend, Stuart, that I had met previously in Buenos Aires.  We agreed to complete the trek together so it was settled – trekking from west to east, Stuart and I set off to see some of the most fantastic mountain views in the world. 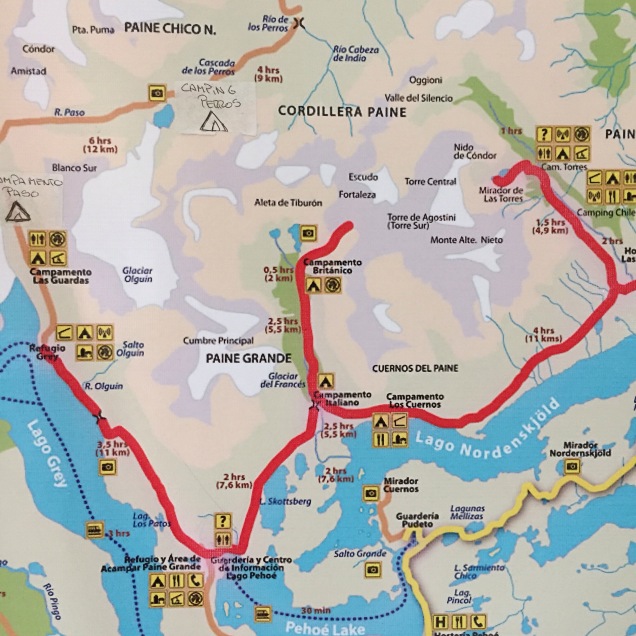 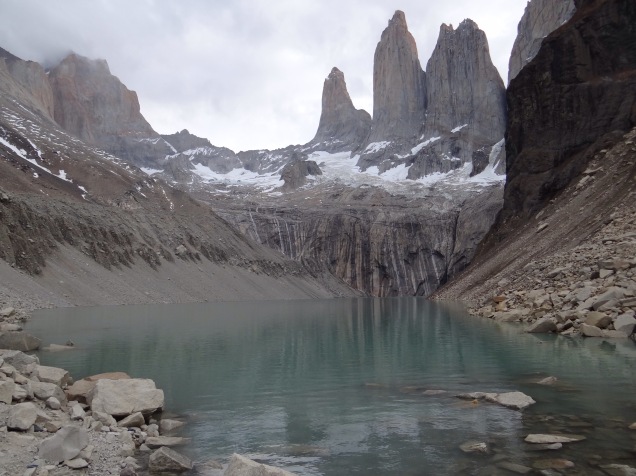 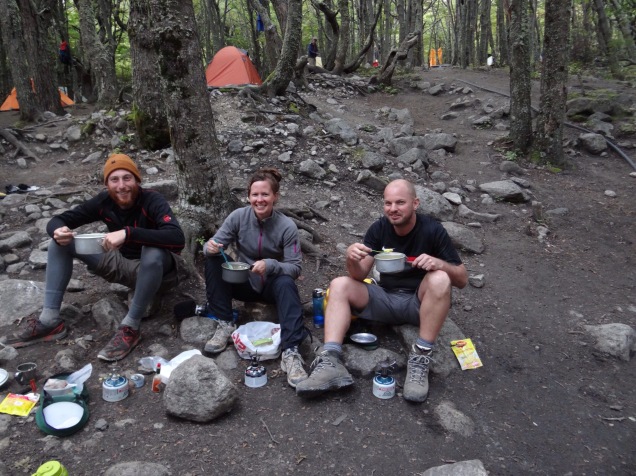 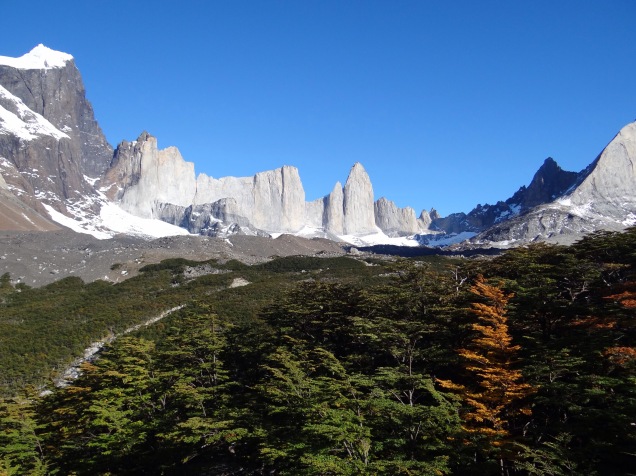 A couple weeks later, with some time to reflect on this trek, I am so glad I did it.  Carrying all my own gear was more challenging than I expected, but I have always liked pushing myself to the limits and beyond and I have a renewed sense of confidence in my capabilities.   Of course, I would have done a couple things differently.  I will write a separate post with logistics for Torres del Paine for those interested in taking on this adventure as well.

From Torres del Paine, it was on to El Chalten, trekking capital of Argentina.  Ursula, a friend I had met my last day in Puerto Natales, also arrived in El Chalten when I did so she and I spent 3 days there together.  We were desperate to do laundry so we sacrificed one day of nice weather to do some administrative tasks.  Little did I know that the weather would turn and my remaining days in Patagonia would go from cloudy to rain to hail to snow.   I continued trekking, in spite of the weather, but I quickly learned that it was time to move on. 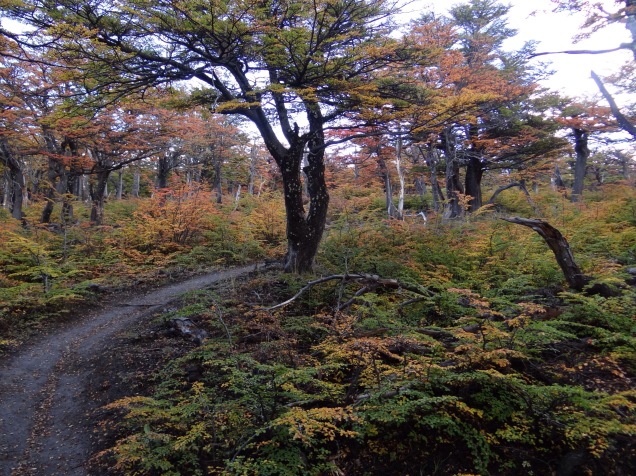 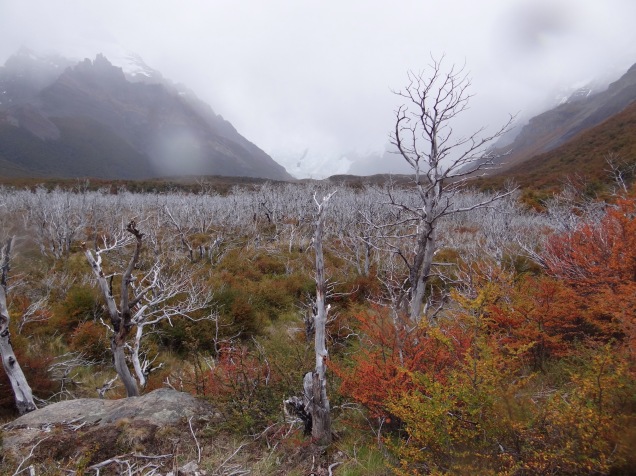 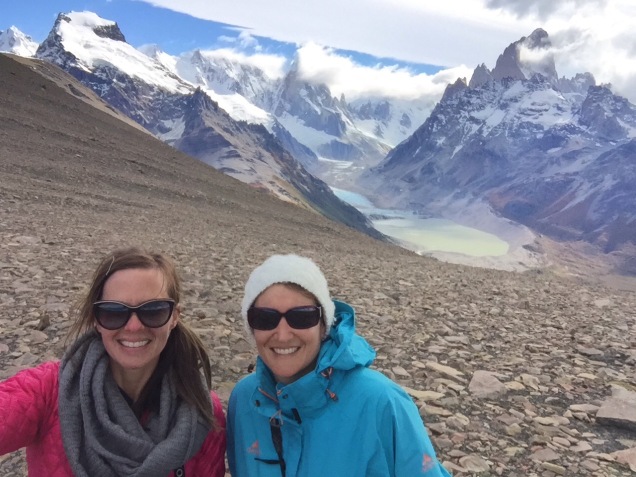 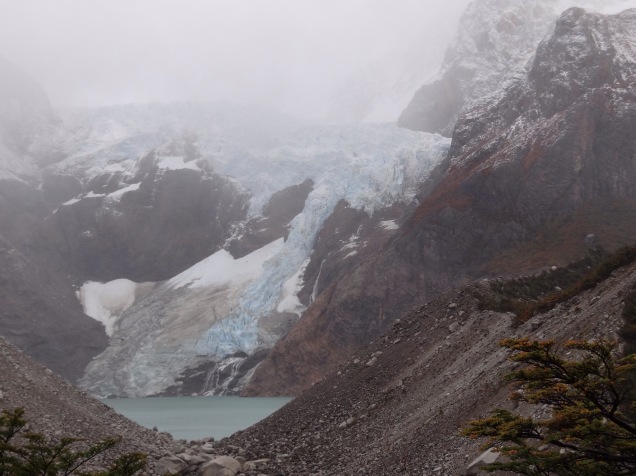 Moving on meant a 24 hour bus ride from El Chalten to Bariloche in Argentina’s lake district.  This would be my first long-haul ride and I’m ready to escape some of the cold weather!!